Until March 31, 2011, Carl was executive vice president and CIO of Marriott International.  In that role, Carl used leading-edge technology to advance the global presence of this $13+ billion company with 3,600 hotels across 70+ countries.

Prior to his time at Marriott, Carl served as CIO and Vice President of Information Resources for Georgia-Pacific Corporation, where he standardized disparate systems during a period of multiple acquisitions.   Prior to that, Carl was senior vice president of  Management Information Services with CIO responsibilities for the Pillsbury Company, which subsequently was acquired by Grand Metropolitan, PLC.

Carl has received multiple recognitions, including his induction into the CIO Hall of Fame in 2007.  He also sits on numerous boards, including those of Global eXchange Services, Inc. and Business Technology Management Corporation.

Carl is a graduate of the University of Minnesota’s Executive Program (M.E.P.), and also earned a Bachelor of Science in Business Administration from Indiana University. 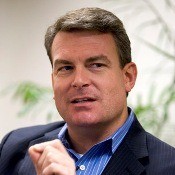