Among other topics, Marina discusses the following issues with Metis Strategy:

Marina is a partner at Benhamou Global Ventures, an early-stage venture capital firm based in Silicon Valley.  She is also the founder and CEO of CIO Advisory Group, LLC which provides technology advice to CEOs, private equity firms, and startups.  In addition to that work, Marina also serves on boards for several companies including Ellie Mae (a mortgage software provider).  She also chairs CIO advisory boards at Aruba Networks (HP’s networking arm) and SnapLogic (a cloud services provider).

Before her current positions, Marina served as SVP and CIO of NetApp, where she was responsible for the global IT functions of the organization.  Prior to that, she served as the CIO of Palm, Inc., the maker of the Palm Pilot, which was later sold to HP.

Marina is a highly awarded executive, who received the CIO 100 Award in 2001, 2004, and 2009-2011, as well as a Computerworld Premier 100 award in 2004.  Marina received her Bachelor of Science degree in computer science from the St. Petersburg Institute of Precision Mechanics and Optics in Russia in 1979. 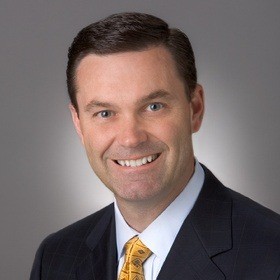