Rob Alexander, CIO of Capital One

This is one in a series of interviews with financial services CIOs conducted in collaboration with CIO Straight Talk  magazine. Read additional articles by other technology executives at www.straighttalkonline.com.

Among other topics, Rob discusses the following issues with Metis Strategy:

Robert has been the Chief Information Officer of Capital One since 2007. As CIO he is responsible for enterprise-wide IT strategy, IT unfractured and architecture, and central data management, information risk and business continuity. Before becoming CIO, Robert served as Capital One’s Executive Vice President for Internet and Enterprise Customer Management, where he served as the lead executive for the largest IT system replacement program in the company’s history. Prior to joining capital one in 1998, Alexander worked as Bain & Company.

Robert got his MBA at Harvard Business School, and obtained an undergraduate degree in Physics from Harvard University.

How Capital One Became A Leading Digital Bank December 12, 2016
read on forbes 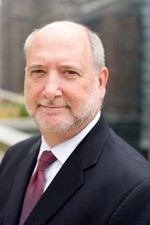